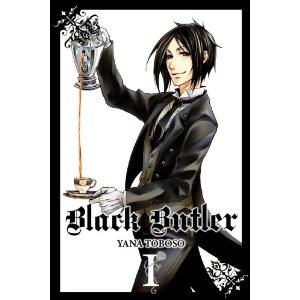 On Friday July 1st, the winners of this award, for the best graphic novel and manga books for young people, was announced.  The award was the brainchild of innovative Sheffield school librarian Paul Register.  Many schools took part, and the winner was Black Butler by Yana Toboso (Published by Yen Press).  Second Prize went to ‘Grandville: Mon Amour’ by Bryan Talbot (Published by Jonathan Cape), and third prize went to ‘Twilight: The Graphic Novel’ by Stephanie Meyer and Young Kim (Published by Atom).  There was also a special award for the school which returned the most rating forms, called the ‘True Believer Award’, and this was awarded to Fir Vale School in Sheffield.  Photos and a report from the ceremony will follow on the blog later, but what a wonderful and innovative award this is – congratulations to Paul in particular, and every school which took part.  If you would like your school to take place in the award next year, then you can contact Paul on this address: paulregister@yahoo.co.uk  You can also join the  award’s Facebook site, and read a review on the Forbidden Planet blog.