Well, my previous post had not been up on the site more than 10 minutes when school librarian Chris Routh at Leighton Park School, an independent school in Reading, sent me pictures and info about their World Book Day.  These pictures were so beautiful that I had to share them with you all as well!  This is what Chris told me:   ‘WBD celebrations were part of our annual Book Festival, which also featured author visits and a day conference local school book groups about Writing for Teenagers.  We celebrated World Book Day with the help of our fabulous catering team this year, who rose to the challenge of creating a book-themed menu for lunch-time. Each item on the menu was inspired by a book or book title. We supplied bunting and balloons and copies of our #caughtreading posters to decorate the serving area. We were all surprised by the magnificent ‘enormous crocodile’ which greeted us at the entrance. During lunch students and staff enjoyed the challenge of an international-themed ( points mean prizes!) WBD Quiz. The event involved everyone in the school and created a great buzz of excitement.’  The photos are amazing, and the crocodile is fantastic!  Looks like a great day! 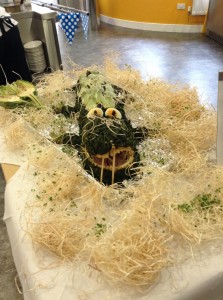 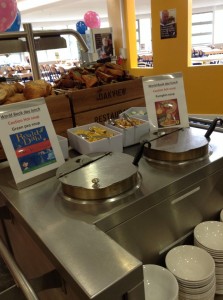 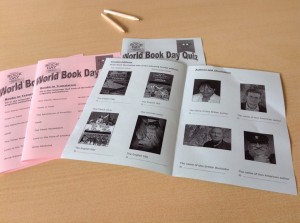 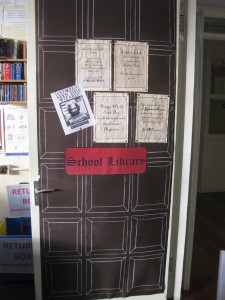 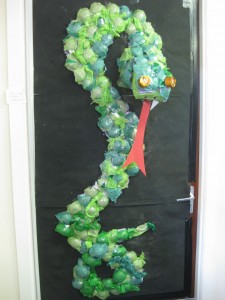 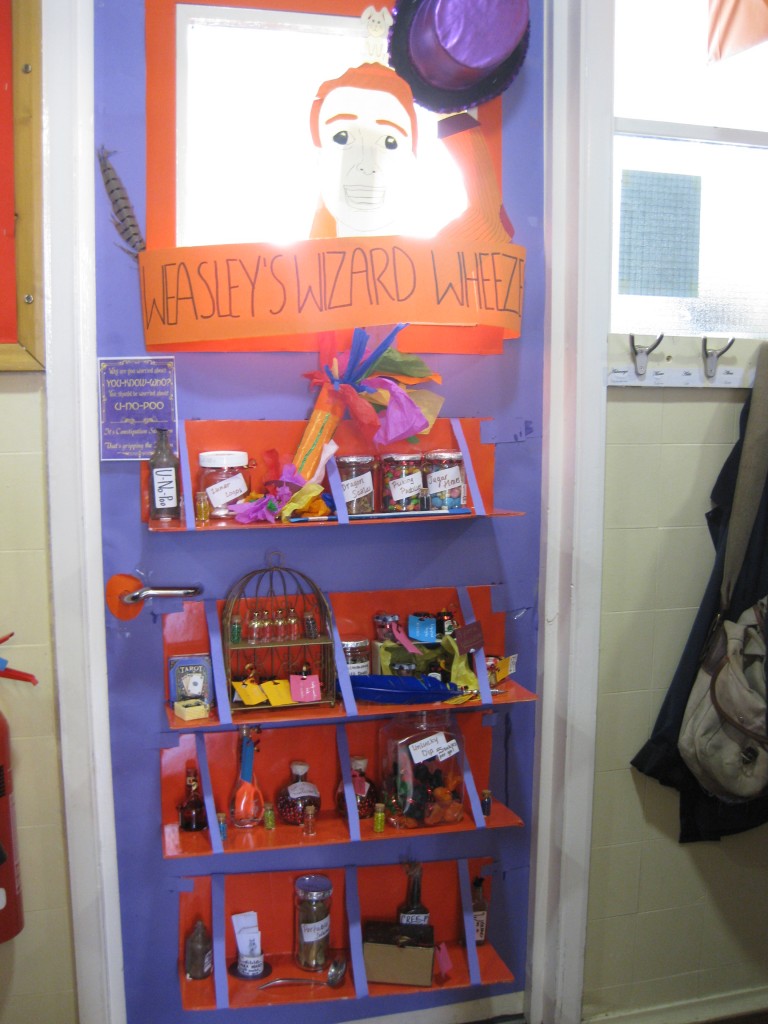 On World Book Day, Eleanor Parker, the Librarian at St. James Senior Girls’ School in London launched an Inter-Form competition called ‘Judging a book by it’s door’.  The challenge was to transform form room doors with a Harry Potter theme.  This is what she told me: ‘I was amazed at the effort, creativity, detail and talent that had been put in to each door, it was truly awe-inspiring. Incredibly each one was totally different from the others. Doors included Weasley’s Wizard Wheezes, a 3D shop set up with bottles and jars; Spider Surprise with huge hanging papier mache spiders; our very own St James’ Marauder’s Map; a brilliant 3D flying car and a 3D serpent; quizzes and riddles to solve, and heaps of genuine Harry Potter props! The pupils had so much fun setting up their doors and there was a real buzz as they all went around school looking at the other entries. I was so pleased that actually the whole school took part, including the Year 11s (with a bit of prompting from their form teachers!) AND the Sixth Form! Deciding the winners was one of the most difficult tasks I’ve faced so far as a School Librarian!’   Eleanor sent me lots of lovely photos, but sadly I had to choose between them and these are three of my favourites.  What a wonderful way to celebrate books – what did you do?  Send me in stories and pics – would love to feature them!