Andrea Hassan, Librarian at Old Buckenham High School in Norfolk, shares this wonderful event with us.  Sounds and looks like a wonderful time was had by everyone!  (Permission was given for all pupils shown to appear on the website.) 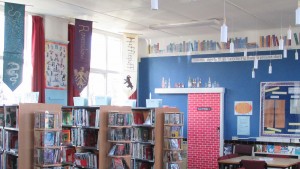 After months of planning it was time for Old Buckenham High School students and staff to share the magic at their first ever Harry Potter Big Event this week.

Forty seven wizards and muggles convened after school for an evening of fun activities designed to celebrate the books. The event started in the school library with students donning the Sorting Hat to be placed into the four Houses; Gryffindor, Hufflepuff, Ravenclaw, Slytherin. Once 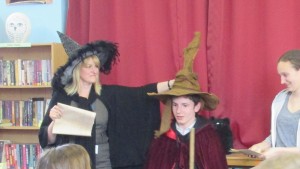 assembled they embarked on a Diagon Alley Hunt followed by a Quidditch Tournament in which the house teams received points for each Quaffle goal they scored before the Golden Snitch was thrown into the hoop – no mean feat considering everyone involved had to hold a wand during play! 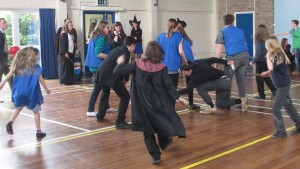 badges, decorated cupcakes and had the chance to earn house points in the Harry Potter Bingo and Quiz with the winning house being announced at the end of the evening in the Prize Ceremony. There was much rejoicing as Slytherin received the title ‘House Victor 2015’ with a staggering 610 points, 130 points more than Ravenclaw in second place. Year 7 student Tilly Rawling won the best decorated cupcake competition and many more prizes were handed out in the raffle. 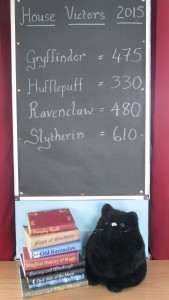 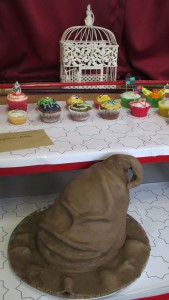