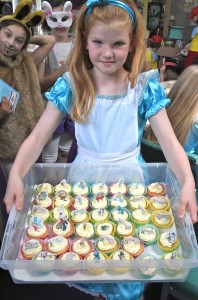 On Monday 29th June, the Prep School had a day full of Alice in Wonderland. For the Prefects Charity Day pupils were invited to dress to meet the Alice theme! There was also a themed Tea Party as part of the Library book club, at which over 60 pupils, from Year 3 to 6 attended, ate some truly wonderful cakes which had enticing messages, and answered questions in the Mad Hatter’s Quiz.

The White Rabbit made a very late appearance… There was a dormouse librarian, who unfortunately kept falling asleep.

The pupils over the last few weeks have been enjoying a range of Alice themed activities – from maths lessons featuring Alice in Numberland, to entering a short story competition in which they were invited to describe their idea of Wonderland.

As this is the 150th anniversary of Lewis Carrol’s children’s classic, it was the perfect theme to celebrate the end of term for the Prep School who have all worked so hard this year. 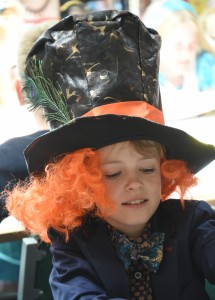