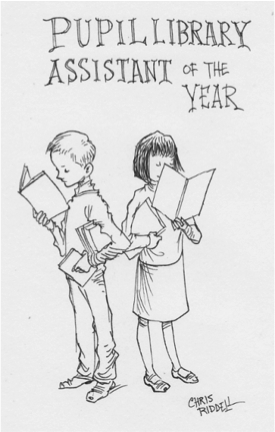 The Pupil Library Assistant of the Year Award is a joint venture between the School Library Association and the CILIP School Libraries Group. As well as promoting the work and achievements of pupils within their school libraries, work which involves dedication and commitment but which often goes unnoticed and unrewarded, it also highlights the benefits and values of the school librarian.

Do you have a pupil librarian who could become the Pupil Librarian of the Year 2017?

Someone who is reliable, volunteers regularly and who has made a difference to the library, being a role model for others?

Someone who is an example of the synergy between a school library and the pupils?

Why not nominate them?

The award is supported by a number of leading children’s books publishers and the company, Authors Aloud UK, and judged by a panel of leading figures from the children’s book world and school library community.

About the CILIP School Libraries Group

The School Libraries Group (SLG) of CILIP affirms that school libraries and school library services are fundamental to the development of a literate population able to participate fully in a thriving democracy, culture, civilization and economy. www.cilip.org.uk/slg

About the School Library Association

The School Library Association is an independent charity that believes that every pupil is entitled to effective school library provision. The SLA is committed to supporting everyone involved with school libraries, promoting high quality reading and learning opportunities for all.  Website: www.sla.org.uk 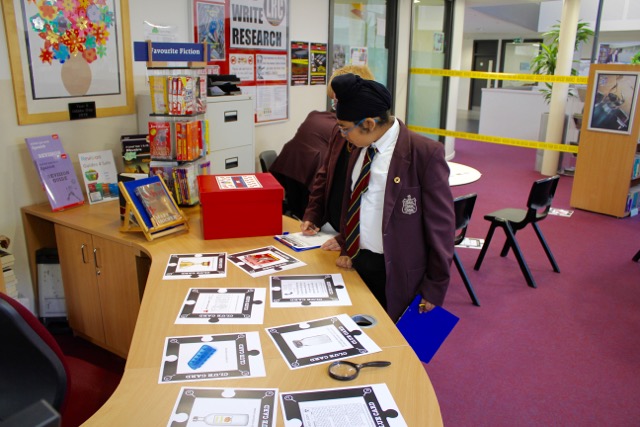 On Monday 4th July, KS3 students at Abraham Darby Academy, Telford, were presented with an unusual library-based activity: solving the mysterious murder of a librarian’s assistant!
Run as a competition to help students develop both group and individual oracy skills, ‘Murder by the Book’ challenged student teams to visit a crime scene set up in the library, investigate 44 different clues within a set time limit and work together to uncover the truth. After completing their warm-up detective exams, teams spread out across the library to discover, deduce and determine.
With three suspects in the frame (including the librarian herself) and a number of red herrings to lead teams astray,
all the 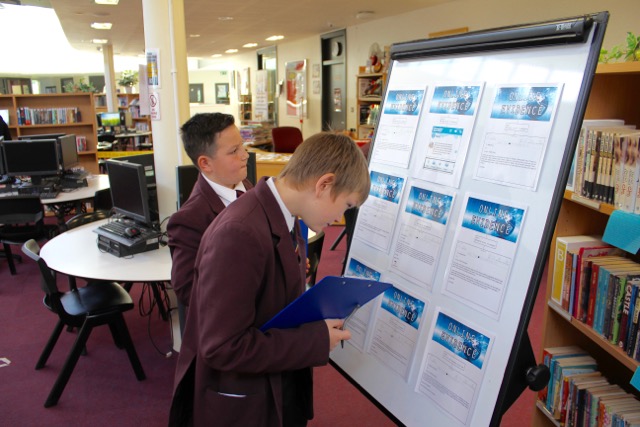 clues had to be carefully examined, recorded and cross-referenced. After visiting the crime scene, teams were then given time to pool their ideas and formulate theories as to who did it, why, how and also how the remaining two suspects could be proven innocent.
The activity culminated with each team presenting their findings before a ‘judge’. Individual team members were tasked with explaining certain sections of their case and marks were awarded for the clarity of their 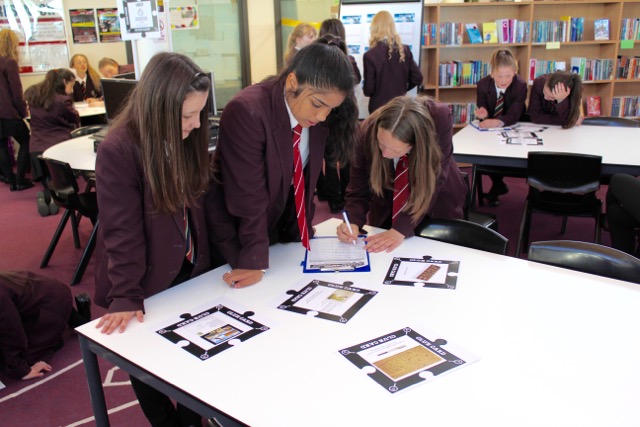 presentations, along with the number of clues accurately explained. After the winning team was selected and awarded their certificates, the murderess revealed herself and the whole solution was presented. All students involved were fully engaged with the activity and the complexity of the case generated some lively discussions and resulting presentations.
Produced by Box Clever Education, ‘Murder by the Book’  is a unique murder mystery kit designed to help KS3/4 students develop literacy and employability skills. If you think a murder mystery would appeal to your students and would like to find out more, please visit http://www.boxclevereducation.com.
For a unique opportunity to see the game in action on a training day in a school in SE London, then book on to this CILIPSLG Training day which takes place on 24th October 2016.